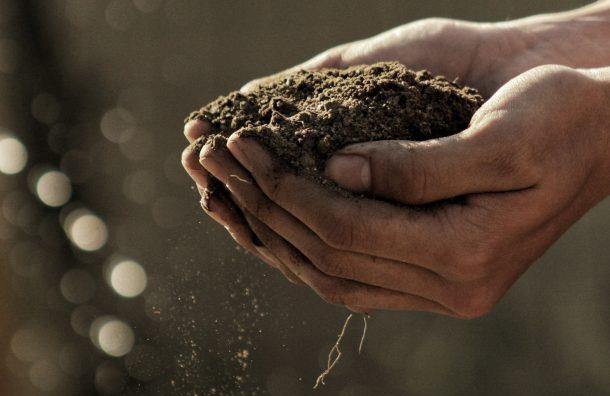 The intention to extend the remit of the Clean Energy Finance Corporation (CEFC) and the Australian Renewables Energy Agency (ARENA), via Minister Taylor’s road map, to now include soil carbon within an expanded mandate for emissions reduction measures, via carbon capture and storage (CCS), is especially prospective due to the wide range of income streams and valuable co-benefits to be derived from soil carbon.

Soil carbon can be generated by applying changed farming practices (ie, regenerative agriculture, or carbon farming) that increase the amount of atmospheric CO2 converted by photosynthesis and sequestered in soils by deeper plant roots – thus restoring the soil quality and natural capital of the land.

The improved soil carbon measurement technology sought by the road map aims to reduce measuring/verification costs to a maximum of $3.00 per hectare per year – in order to encourage farmers to change to regenerative agriculture practices. This need, expressed succinctly by former chief scientist Professor Robin Batterham, is the key to changing the permitting and payment system for soil carbon. Now more and more people can be paid for carbon management while valuable co-benefits ensure there will be a “run-away” uptake for changed regenerative farming practices.

Once this happens, the amount of soil organic carbon, from improved farm management practices, will result in a breakthrough outcome as holistic solution. This includes the draw-down (ie, capture), storage (and use) of atmospheric CO2 (a GHG emission) into the soil as soil organic carbon – known as SOC, and held relatively permanently in the humic fraction.

Regenerative farming practices include minimum/shallow tilling; applying organic instead of chemical fertiliser; rotating cropping and grazing systems and revegetation with suitable crops and plant species for higher-rate draw-down of CO2 as SOC.

The benefits of Soil Carbon

This process for building SOC can harness the superior photosynthetic capability of C4 plant species to assist the farming community at large-scale. There can be an increase in income for farmers as well as additional earnings from the sale of carbon credits, based on a range of activities.

These include species for drought and salinity resilience; providing better bushfire management practices; and a range of improved farming outcomes from cropping, stocking, livestock protection, and enhanced productivity/yield and land values.

This renewed rural action will invigorate a raft of associated flow-on commercial, environmental, social, health and cultural co-benefits. This will assist those who derive their living from the land, mostly in places where jobs are scarce and opportunities from the land are limited.

The question therefore, is not so much about the inclusion of soil carbon in the road map, but why has it taken so long for soil carbon to achieve the acknowledgement it deserves?

Critics claim its efficiency at scale is achievable only at the expense of quality arable and fertile land needed in support of the global food-chain. In other words, the adoption of appropriate regenerative agriculture at a scale necessary to achieve meaningful reductions in GHGs, can be achieved only at the detriment of quality, fertile land.

This is not so. Carbon capture and storage (and use) in the soil can occur across millions of hectares of marginal and underperforming Australian drylands and plains. This is made possible by the draw-down and storage of millions of tonnes of atmospheric CO2 in the soil as SOC, some persisting over hundreds to thousands of years – even millions as evidenced by the vast deposits of peat, lignite and coal.

Based on university research and globally-conducted trials, Australia’s huge tracts of land (7.69M square kilometres – about 70% of which is marginal and underproducing) comprise the largest potential in the world as a carbon reservoir for the terrestrial carbon cycle. Soils contain more carbon than the atmosphere and vegetation combined. An increased flow of carbon from the atmosphere into soil pools could help mitigate anthropogenic emissions of carbon dioxide and climate change. Integrated to a depth of 1m, global soil carbon has a mean age of 4,830 +/- 1,730 years.

Soil organic carbon has a net negative carbon emissions capability that should be recognised as one of the best measures available for offsetting CO2 emissions, in particular, Scope 3 emissions which are less easy to reduce than Scope 1 and 2 emissions.

Net negative emissions occur when emissions mitigation measures exceed the volume required by an emitter to achieve zero-carbon or carbon-neutral status from its own emissions.

If the emitter acquires/produces more carbon offset than it needs, then the surplus offset can be attributed to offset the emissions of its customer (Scope 3 emissions).

The technologies available to address Scope 3 emissions are known as negative emissions technologies (NETs) and are a valuable resource as they acknowledge beneficial solutions that not only reduce – but reverse – the global impact of climate change.

The Paris agreement confirmed that NETs are derived from:

Thus, Minister Taylor’s road map focussing on five technologies for meeting our international commitments and national carbon neutrality (at a date to be determined) comprise two NETs for carbon capture and storage. These are Geo-CCS and Bio-CCS (SOC). The other road map technologies being hydrogen, batteries, and low-carbon steel and aluminium production.

Achieving carbon neutrality and especially addressing Scope 3 emissions is high on the agenda for many emitters as more companies commit to measures and policies that address the mitigation of climate change and begin to transition their business away from fossil fuels. The ability to use Bio-CCS to generate offsets, with a permanency period of typically 25 years (and much more), can be an important transition strategy for business that may require a similar timeframe to complete the transition.

The Troubled Road Map for Capture and Storage

Petra Nova is the only CCS unit in the US, having invested (now lost) USD$209M by its Geo-CCS process which it claimed was the cornerstone for a 240 megawatt, commercially operated coal-fired project and the yardstick for keeping coal-fired plants online.

Closure did not surprise. Reservations had been expressed long-term about the performance of Petra Nova, culminating in NRG’s official announcement that closure was due to falling oil prices, underscoring heightened financial concerns about prospects for other proposed US coal-fired carbon capture projects. These include Enchant Energy’s plan for the San Juan Generating Station in New Mexico and the Minnkota Power Cooperative’s Tundra Project at the Milton R. Young Station in North Dakota. There is also the major Geo-CCS project called CarbonNet that is implementing a Geo- CCS facility as the means for capture and storage of CO2 emissions in underwater fissures off Victoria’s Gippsland Coast. Chevron’s long-delayed Gorgon Carbon Dioxide Injection Project in WA continues to investigate capabilities for Geo-CCS.

Oil and gas heavyweight Santos claims that Geo-CCS technology is making inroads into Australia’s emissions as chief executive Kevin Gallagher says that ARENA and CEFC funding would help it to close the gap for the economies of its $155M Moomba project. Santos claims the project will be one of the cheapest in the world, delivering emissions offset for $30 a tonne (whether this is with or without a government subsidy is unknown). Santos’ assertion is in conflict with estimates provided by BHP which says that carbon offset values – currently at around $16 under the Emissions Reduction Fund (ERF) reverse bidding system – will cost $US160 per tonne by 2030 and rise to an eye- watering $US280 per tonne by 2050.

It is forecasts like these that makes politicians wary about fixing a price on carbon while the word “tax” of course is a political anathema.

BHP’s new chief development officer Johan van Jaarsveld, confirms spending up to $US200M a year over the next five years on projects to achieve Scope 1 and Scope 2 targets. This is in addition to the separate amount of $US400 million to establish their Climate Investment Program to address future emissions associated with their operations, which is estimated to only be a small component of its historical emissions liability, and seed funding for direct air capture (DA-CCS).

In addition, Rio Tinto has established partnerships with Chinese steel mills to reduce Scope 3 emissions linked to its iron ore production; pushing industry even harder by seeking a 40 per cent reduction in emissions intensity by 2030.

What if Geo-CCS technology fails or more likely, the cost proves too high?

We Need a Plan B

What is Plan B in a world coming to grips with a pandemic that has shown how a global disaster can cause countless deaths and wreak financial havoc on an unimaginable scale almost overnight? Prominent bodies of informed world opinion (led by biosecurity leaders such as Nobel-prize winning scientist Peter Doherty) are linking climate change to the risk of more pandemics.

As banks, superannuation funds, shareholder action and public protests force the major industries to mass-promise mammoth volumes of emissions reductions, the only backstop is soil carbon and practical measures for SOC via Bio-CCS (should reliance on Geo-CCS and DA-CCS come to nought).

As an example, this approach is taken by the PundaZoie Company’s Greening the Earth (GTE) program. Commencing with a major soil carbon project in partnership with the Scotdesco Aboriginal Community at Bookabie in South Australia – a township about 130 kilometres west of Ceduna of the Eyre Peninsula and on the edge of the Nullarbor Plain. Greening the Earth includes proposals for an integrated demonstration plant for hardy crop species for grazing and harvesting; a processing mill for high protein milled products for animal and human consumption, and a green energy power plant – as an holistic environmental solution to drive the initiative and support local communities around the employment stricken district of Ceduna.

Here, the members of this pathfinding Australian Aboriginal Community are regenerating their 10,000 hectare farm property by exploiting their connection with the land in tandem with university-researched and globally trialled species. These species include saltbush and similar drought and salinity tolerant Halophyte plant species such as NyPa forage and other nitrogen fixing species such as selected legumes.

To date, research and trials indicate an ability to generate at least 10 carbon credits (ACCUs) a year per hectare, while simultaneously generating about five tonnes of protein rich livestock meal a year per hectare, with a high value due to energy and protein content factors, estimated to be around $800 per tonne.

This income is in addition to returns from the sale of the carbon credits and does not include measures that reduce agricultural emissions such as ruminant methane – which is a bane of global warming – and avoidance of environmental damage due to desertification, erosion and chemical/nutrient runoff to waterways, lakes, estuaries and reefs.

As well as delivering a range of immeasurably valuable co-benefits from a set of economic, environmental, social, cultural and public and mental health returns – this can support and enhance our national reliance on the other measures of Minister Taylor’s list – some of which include unknowns as to costs and efficiencies. Uniquely soil carbon delivers a climate change solution at a profit instead of a cost, along with multiple co- benefits. 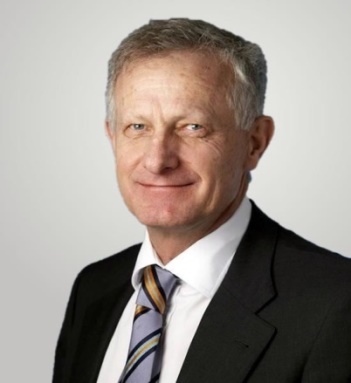 Dr John White is Executive Chairman of the Birdon Group; Chairman of Regenerative Australian Farmers; Chairman (elect) of the PundaZoie Company and the former Chairman of Global Renewables.

The value of Greening the Earth is acknowledged by the United Nations in its recently published book “A Better World” – Volume 4 (Life on the Land).
There have been four such volumes published to date. They are: 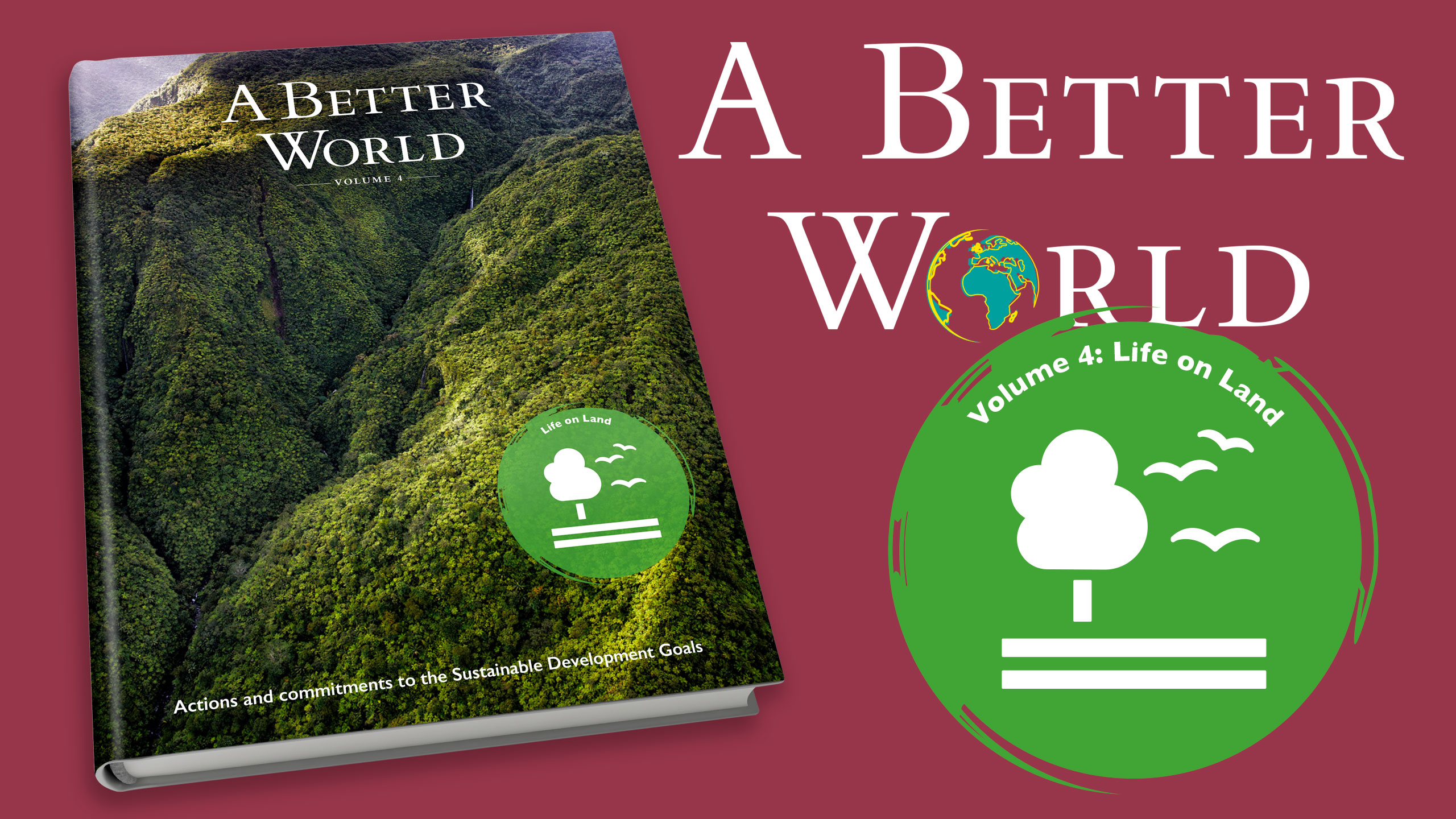 Our chapter was released at the 73rd General Assembly in New York in September 2018 and is entitled:

“Are the outcomes that are vital for the survival of mankind achievable in an era of global warming?”

This is the only chapter contributed from Australia relating to all four editions published to date. 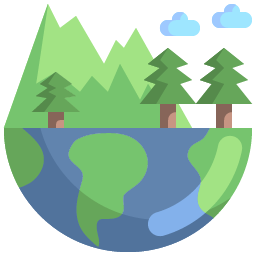 Join our free Rewards platform to support Greening the Earth while you shop online at any of our 30,000+ partner outlets. Take advantage of exclusive discounts, offset carbon, address ESG values, and restore the natural environment, at no extra cost.